Walking on the Champs-Élysées avenue after visiting dozens of dazzling and famous sights of Paris, I was thinking about the stories behind this fancy town and its fashionable landmarks. Those stories have come out from plenty of novels and animations over several years of history. The same ones that we have in many places over our country, but often remain untold. I was wondering what happened to them. What were we supposed to do to promote the great Persian land over the world, in spite of the false image spread by media and politics? 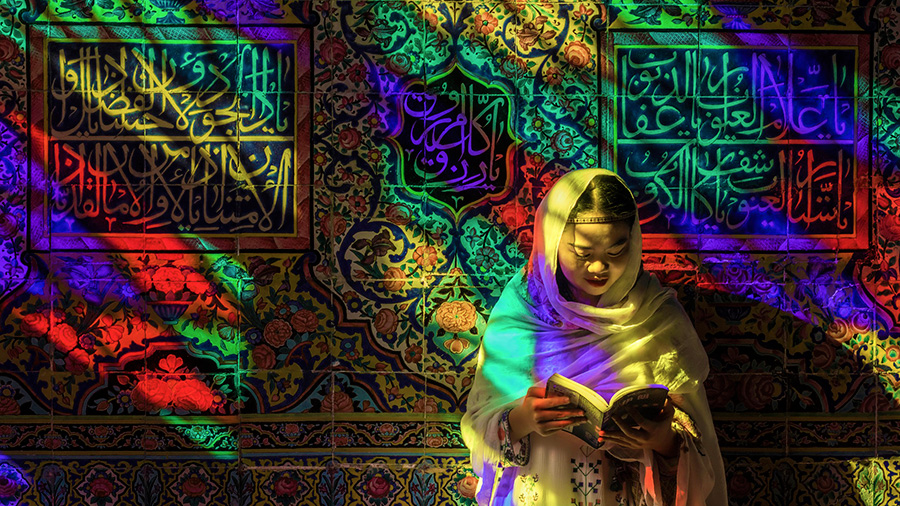 It was the first spark behind the idea of TasteIran. Being ourselves world travellers, who had made their route from the Polar circle to the hot wonderland of India, and from the rosy sand beaches of Africa to the green fields of Europe, we perceived the importance of travelling through experiences, and how their memories can forever imprint someone’s mind. You can read more about the loving story behind the logo of TasteIran in the article TasteIran Logo.

We found out Iran is one of the best storytellers for those who seek for novel destinations, search for untold stories, up to see the various beauty of the snow-capped peaks, shy camels searching for water in the sandy ocean of the desert, and lush lands of the Caspian-Hyrcanian forest which cover the top of Iran with green. But we also knew a lot of things are neglected while presenting Iran, its heritage, nature, and cultural enchantments remaining a mystery for many people.

This seed would never have fully grown without the help of people concerned with eco-tourism, a passionate team of tasteful locals, and activists in conservation and ecotourism, as well as creative developers in the field of digital travelling. TasteIran is a combination of all these passionate people.

TasteIran stands on the leading-edge for finding and selecting experiences throughout Iran, not only in the most developed regions but also by encouraging the growth of smaller ones and their facilities. This way, we make a priority of keeping an eye on sustainable lifestyles and ecotourism, restlessly using modern technology and intelligent tools to promote the best experiences in Iran. We believe that by providing visitors with authentic and local experiences they can both share real people's lives and traditions, and in the same time, have a positive impact on nature and society during their journey.

Meeting the people of Iran is one the most attractive feature in the eyes of the travellers, and it's not for nothing that the Lonely Planet describes it as “the friendliest country in the world”. The testimonies of visitors to Iran will not disappoint the ones who are about to come, assuring them that Iran is safe, its people are among the most hospitable, and that its culture and nature are simply enthralling.

From the Radiant Mountain Rivers to the Unique Islamic Architecture

TasteIran is a window over Iran, far from the images and preconceptions that exist. Here, we are telling the true stories of Iran. The one behind each popular music, tradition, ritual, culture, architecture, local art, myth, heroes, etc. which have become sources of amazement and enjoyment.

At TasteIran, our goal is to offer the best experience to visitors, so you can have a true understanding of Iran. We believe that sharing stories and insights about the Persian culture is the best way to introduce the real Iran to the world. That's why we consider it important to share some "Good to Know", such as discovering the custom of "taarof", having some dress-up code tips, getting familiar with the money. These topics are meant to help you get familiar with Iran while preparing your trip with the latest and most useful information about all the procedures (visa, Insurance, accommodation, etc).

Here is a place to introduce and deliver many unforgettable experiences in Iran. Climbing the highest active volcano throughout Asia, living some days among one of the five singular nomad tribes of Iran, rafting in the roaring rivers between the Alborz or Zagros mountain ranges, trekking in the oldest forest in the world, visiting the vestiges of the most ancient Empire of the history, being astonished by the incredible patterns of Islamic architecture, and so many others wonders that you can experience on this four seasons land, rich of different natures and cultures.