The Tragedy of Ukraine Flight Crash in Iran On Wednesday 8 Jan 2020, at 6:12 morning local time, a Ukrainian passenger plane took off from the Tehran's International Imam Khomeini Airport to the sky destination. It never reached the expected travel end in Boryspil International Airport in the Ukrainian capital Kyiv.

The Islamic Revolutionary Guard Corps admitted the flight was hit by military missiles that were fired unintentionally by human error and crashed 15 kilometres north-west of the airport and promised full-fledged investigation upon the crash. All 176 passengers on board that most of them were Iranians killed and the grief overcame all Iranians' heart never to be healed. Victims included 130 Iranians Canadians, as well as nationalities from Ukraine, the U.K. and Afghanistan. Many of the Iranian Canadians were students in Canada who had travelled to Iran during Christmas break.

Terror and fear of threats

The tragedy of downing the Ukrainian flight PS752 happened about four hours after Iran missile strike on two U.S. air centres in Iraq as a retaliatory response to the assassination of Iranian Gen. Ghasem Soleimani in a drone strike by the U.S. on 3 Jan in Baghdad. Later on, the president of the U.S. threatened to target 52 points of important cultural sites of Iran on his twit. Initially, Iranian authorities and aviation specialists rejected the theories of a missile shot down to blame and stated speculations about possible technical errors was responsible. However, evidence and footages appeared to show possibilities of the missile strike pointed to Iranian involvement. 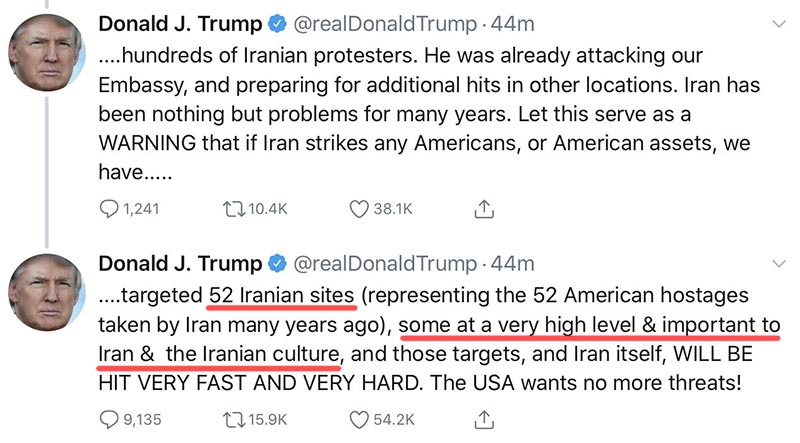 A disaster of a missile strike by human error

Finally, on Saturday morning 11 Jan, after three days with the highest level of tension for the whole country and people, an Iranian military statement formally announced: "because of human error, unintentionally, Ukraine's flight PS752 was hit, and this disaster happened".

The military apologized for downing Ukraine's civilian airliner and stated the force takes "full responsibility" for the crash. According to Amir Ali Hajizadeh, the commander of the Aerospace Force of the Islamic Revolutionary Guard Corps (IRGS), who held a televised news conference, stated that he wished to be died in the plane rather than witness this disaster.

At the beginning of Hajizadeh's news statement, after stating regret and grief, he said Iran was on the highest state of defensive alert and "totally prepared for a full-fledged war" which caused the operator of the military to decide badly and shot the plane down. The Ukraine airliner was mistaken for a U.S. cruise missile. 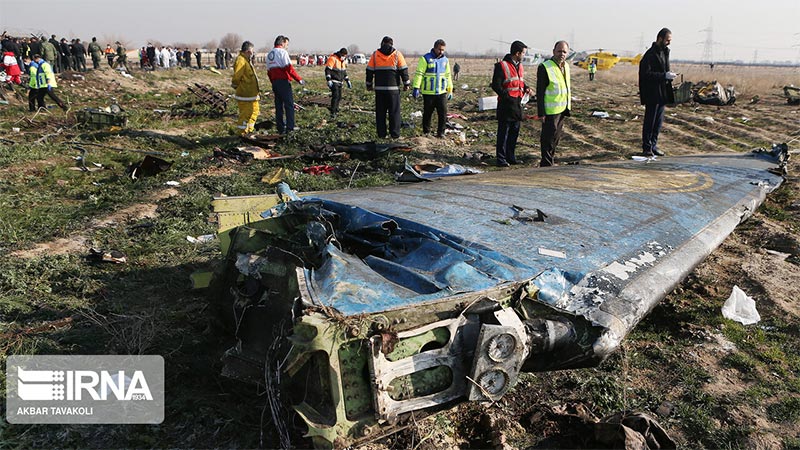 It will never happen again

Within the first hours after the admission, government and military's released statements, expressed their regret and showed condolence and promised to retrieve and prevent it never happen again.

Iran's President Hasan Rouhani described the crash as an "unforgivable mistake" and stated the responsible would face trial. Rouhani offered his condolences to the victim's families. Iran's foreign minister Mohammad Javad Zarif twitted on this regard and blamed the U.S. adventurism for this tragic incident. Military authorities promised they would apply "major reform" in all armed forces' operations to make sure such errors never going to happen again.

Iran's supreme leader and commander-in-chief Ali Khamenei also offered his condolences in his statement. He ordered the military to investigate "the possible mistakes". He confirmed that there was "proof of human error". He requested the relevant authorities to take the necessary jobs to prevent "it happening again".

Iran mourns with a Broken heart

Innocent civilians are always the true victims of the big powers. Wherever there is a power and vigour complex, sinless men, women and kids pay for compensation, just like those 290-innocent people of the Iranian passenger plane that was shot down with a missile strike by a U.S. navy warship in 1988 in the Persian Gulf.

The Ukraine aeroplane crash tore all Iranian's souls into the shreds, especially that it took three days people know the reason for this crash. It seemed the grief of this loss was deeper and more lasting. Iranians with broken hearts started to share their sorrow through the black profile pictures on Instagram and the cover of their Facebook accounts. Thousands of citizens came to gather at the entrance of some victims' universities in Tehran such as Amirkabir University and Sharif University and major squares of other cities in the following days to mourn for this loss and light candles in the memory of 176 innocent passengers of the flight PS752.

Iran never forgets this heartbreaking incident and the memory of victims are always roaming in Tehran's skyline, every dawn when the sun comes to shine.

This report will be updated. 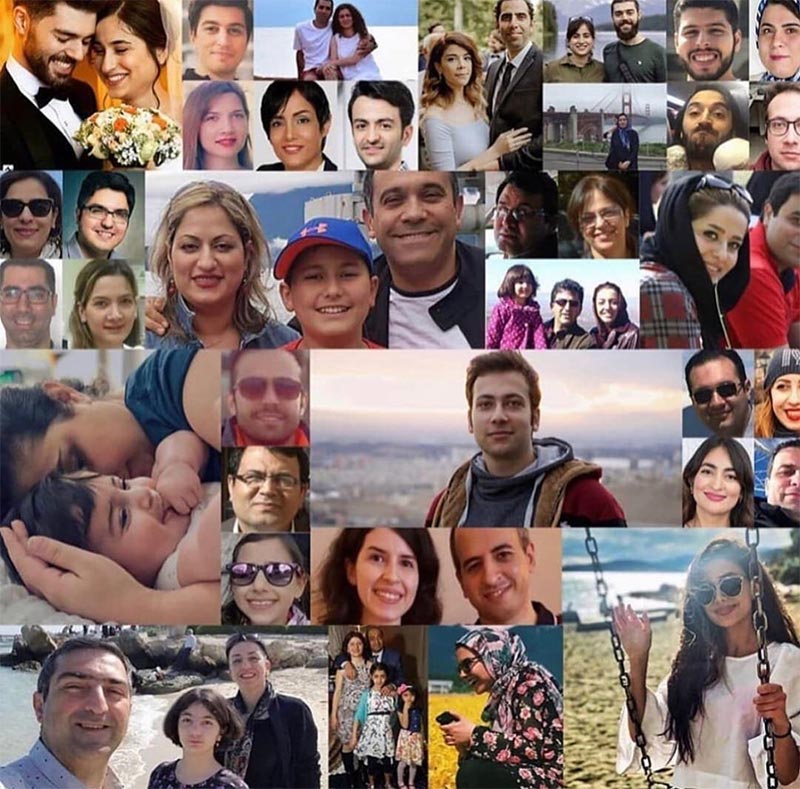 Safety In Iran & 2 More
Is it Safe Traveling to Iran? the Real Image of Safety in Iran

Iran is a country full of paradoxes. And when it comes to the topic of safety, the paradox is the following: Iran has an unfair reputation among most western media, often linked to the instability of the Middle East, the fear of terrorism Is it the same for a woman traveling alone? According to the testimonies of most solo female travelers, the answer is yes! Iran is undoubtedly one of the safest country for women who wants to travel alone, and here are the reasons why: