The love story of Layli and Majnun is a symbolic story of romance, devotion, tolerance and surrender. The story actually originates in the land of Arabs but finds its full flower in 7th-century Persian poetry and literature. This sacred love story has been narrated in many varied versions by well-known poets in the land of Persia, India, Afghanistan, Turkey and Arabia. One of the best literary narratives is expressed by Nizami Ganjavi, a Persian Sufi mystic poet. Layli and Majnun’s love story has become one of the most influential romances deeply rooted in the history and literature of Iran. The epic story of this masterpiece has transcended the world of literature. It has become a symbol of true and passionate love amongst Iranians to a degree where lovers are generally referred to as ‘’Layli and Majnun’’ in society.

Qays, a young man from the land of Arabs fell in love at first sight with Layli at urban school. He soon started to publicly declare his deep and honest love by citing beautiful poems for her. His soul started inebriating with the powerful elixir of love to a point where he invested all his pride in devoting himself and his life to Layli and adoring her. As a result, many started referring to him as Majnun, meaning possessed or a madman in love. 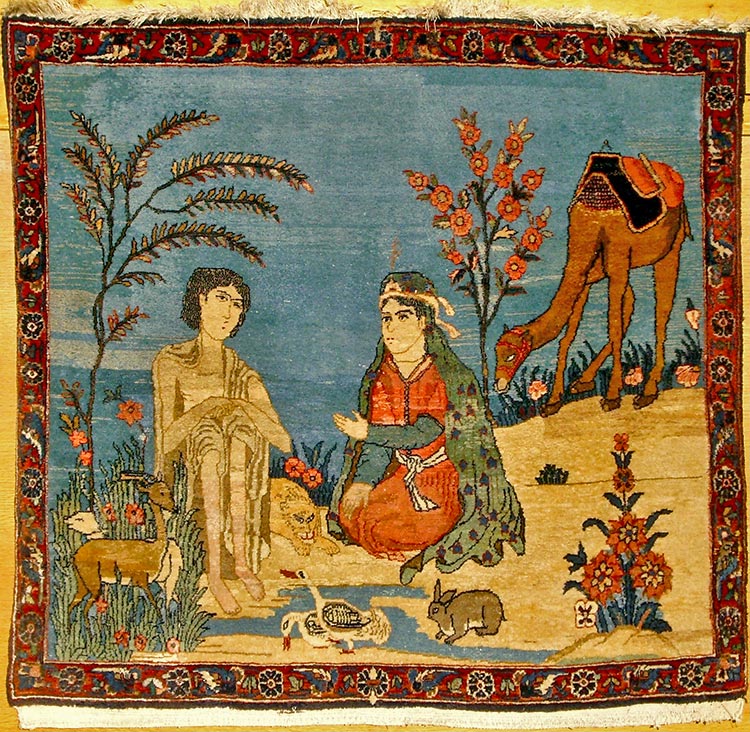