His name is synonymous with Persian traditional music. Known as an awe-inspiring artist of all time, Mohamad Reza Shajarian is the incomparable maestro of Persian folk and classical music. His heavenly voice is the true meaning of home and identity for Iranians all over the world.

A ringdove arose from the east

On the last days of September 1940, when the cold breeze of autumn started to blow in Mashad city, a baby boy was born in Shajarian family. His father named him Mohammad Reza after the Shia imam, Emam Reza. Following his grandfather's and father's steps, Mohammad Reza started reciting Holy Quran at the age of five. Soon he perceived the beauties of Persian traditional music, and this great love of music encouraged him to explore this amazing world. But it was not easy to convince his religious conservative father.

Mohammad Reza started learning music in secret. Initially, he used to recite those repertoires of Persian music that had similar structures as the religious ones that were common in Quranic recitation. He mastered the backbone of Persian classical repertoires and folk music when he was just 12 years old.

His professional carrier began with performing at the radio station of Khorasan when he was only 19 years old. To respect the religious belief of his family, he sang under the nickname Siavash. He continued his way to Tehran and the Iranian State Radio & Television. The 70's was the period of rising to prominence for Shajarian.

Performing at Golha, the top musical radio program of the time, with celebrated musicians was an exploit accomplishment for Shajarian. His distinct singing style and charming voice plus the wise choices of love poems of classical poets like Hafez, Saadi, or contemporary ones like Mohammad-Taghi Bahar bestowed a new life on Persian traditional music. Seeing his son as a renowned successful singer, his father approved his art and Shajarian continued his work under his real name. 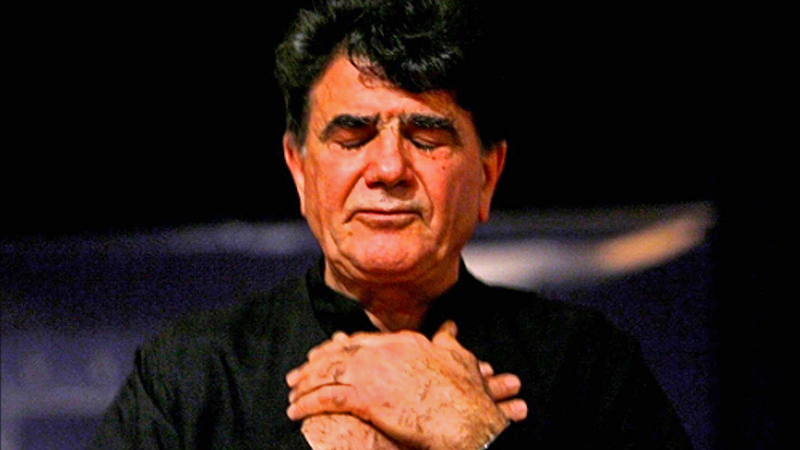 His deep passion and great proficiency in every aspect of traditional and folk Iranian music made Shajarian an iconic musician. During all prolific years of his professional carrier, Mohammad Reza Shajarian collaborated with accomplished artists like Mohammad Reza Lotfi, Parviz Meshkatian, Hossein Alizadeh, and Keyhan Kalhor and released about 60 music albums, 170 single tracks and hundreds of minutes of musical performances on radio and television as well as live concerts around the globe. Every single piece is priceless for sure, but some are golden songs presenting the magical elixir of solace, love, and hope.

Morgh-e Sahar means "the Dawn Bird" is the signature of Mohammad Reza Shajarian. This beautiful tasnif, written by Mohammad-Taghi Bahar has an exceptional concept. The poet calls for the dawn bird to sing its lament and stand before the injustices and oppressions by calling for humanity and liberty. Bahar, a famous politician, journalist and poet wrote this masterpiece in prison during Iran’s constitutional revolution, in the early years of the 20th century.

Rabanna is a masterpiece inscribed as a national intangible heritage. This bewitching song is an inseparable part of Iranians' memory. All through the holy month of Ramadan, Muslims used to break their fast with this divine melody. "Rabbana has virtually nothing to do with the words, it is not the voice of a mere mortal — this is the gods speaking to us" as Iranian-American scholar Abbas Milani - head of Stanford University's Iranian Studies program has stated.

The main stain of the music world

Not only Iranians but every music lover around the world enjoy hearing his cheerful voice. Grabbing several prestigious awards and being nominated approve his eminent status as a master performer. Nomination of the Grammys for two of his single tracks "Without You" in 2002 and "Faryad" in 2005, winning the notable UNESCO Picasso Medal in 1999 and UNESCO Mozart Medal in 2006, titled as the great voice of all the time by National Public Radio of United States (NPR) in 2010, entitled as a Chevalier des Arts et des Lettres by France in 2014, and receiving the Patron's Prize of Aga Khan Music Awards in 2019 are some of Shajarian's trophies for a lifelong effort in producing exquisite music.

Unanimity, taking the people side

What makes Shajarian's place very special among Iranians is not restricted to his phenomenal art. Shajarian deeply believed that all arts aim to serve humanity. So, he is a humanitarian standing beside his people, not the governments, and his songs mirror the time's incidents and the nation's position during contemporary history.

He stopped his collaboration with the national radio and television when the last monarch of Iran massacred the demonstrators on September 8, 1978, at Zhaleh Square of Tehran. Shajarian released his only revolutionary anthem, "Shab Navard" or "Nightcrawler" in the chaotic days before the 1979 Revolution. This single track was recorded in the basement of Shajarian's home with the help of his friend and famous composer, Mohammad Reza Lotfi.

A profound character, a versatile artist

Mohammad Reza Shajarian was a precocious talent, skilful in multiple arts. While an incomparable musical talent, he was a gifted calligrapher. His brilliant skill in carpentering helped him to invent 14 original musical instruments and promote ten ones.

The heirs of Iran's voice

Shajarian's children preserved the precious legacy of the Grand Master Vocalist of Persian Music. Homayoun, his elder son, and his daughter, Mojgan are gifted enough to gain the knowledge of Persian traditional vocal art from the best source, their father. They accompanied Ostad Shajarian at so many concerts as a musician at first. Later on, they have become the co-vocalists. Homayoun is a professional music composer collaborating with other great artists.

Fly of the dawn bird

After nineteen years of combating kidney cancer, on Oct. 8 2020, the song of the dawn bird died out and left a whole nation in mourning. His body rested in his homeland, beside the venerated mausoleum of Ferdowsi, the celebrated 10th-century Persian poet in Ferdows of Mashhad. There is no doubt that Shajarian's splendid art is a considerable part of Persian culture and his legacy will be preserved for all eternity.

If you are interested in listening to some of the best works of Shajarian, listen to the 5th episode of the Radio Padena podcast here.