Persian music is as old and as rich as the Persian civilization. Many historical records of musical instruments were found in different archaeological sites in Iran, dating back to thousands of years ago indicating that, music has a long history in Iranian culture.

In addition to its antiquity, Iranian music is so diverse in terms of style and technique including a wide range of genres from Persian Classical Music and Persian Folk Music to more modern styles such as Pop, Rock, Jazz and even Rap. Since the topic of Persian Music is so extensive, here the focus will be on introducing the top 12 of the most famous Persian songs from the early 20th century till recent times.

Persian Classical music owes its survival and thriving in the modern time, particularly to Mohammad Reza Shajarian, who is an Iranian Classical Music vocalist and composer. He is believed to be the most celebrated maestro of Persian Traditional Music in the current time.

Mohammad Reza Shajarian was born in 1940 in Mashhad, Iran. He started his career as a professional vocalist in 1959 by performing at radio Khorasan in his hometown. Since then he has released several successful albums, held hundreds of concerts in Iran and around the world. And he has also trained several young talents including his son Homayoun, who is now a prominent singer. 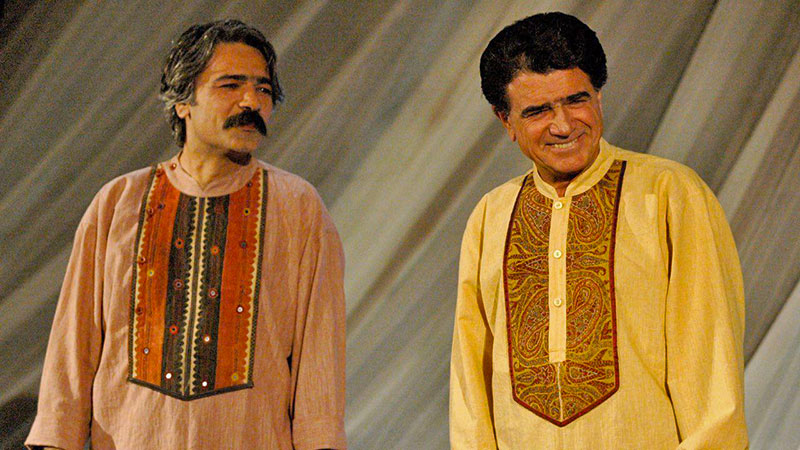 The mentioned track, Baroun which means “Rain” is a song from one of his most-favoured albums with the title Shab, Sokout, Kavir which literary means “Night, Silence, Desert”. The album was released in 1988 and composed by Kayhan Kalhor, who is also a great Persian Classical musician.

Bordi Az Yadam which means “you forgot me” in Farsi, is a duet performed around 1957 by two of the Persian Pop Music Pioneers; Delkash and Vigen.

Esmat Bagherpor Baboli, known as Delkash, was an Iranian singer and actress born in 1925 in Babol, Iran. She started her singing career in 1943 and was officially employed in the Iranian National Radio in 1945. Although she was a great Persian Classical Music vocalist, she is one of the first artists who welcomed western music styles and contributed to the formation of Iranian Pop Music. Her professional life almost ended in 1979 by the Islamic revolution and she passed away in 2004 in Tehran.

Vigen Derderian was an Iranian-Armenian singer born in 1929 in Hamedan, Iran. He is known as the “King of Persian Pop” or the “Sultan of Persian Jazz” and is probably the first Iranian singer to perform pop songs and play the guitar. He left Iran shortly before the 1979 revolution and never came back, but continued singing and composing music until 2003 when he passed away in Los Angeles, California.

Gholamhossein Banan is one of the most notable Iranian classical musicians and singers in the early 20th century. He was born in 1911 in Tehran, Iran, from a distinguished family who deeply cared for art. He started to learn about Persian Classical Music as well as the Piano when he was six years old from his parents. Later, he continued studying music under the supervision of great Masters of his time and joined the Iranian National Radio in 1942.

He has been active for almost 40 years and passed away in 1986. Elaheyeh Naz, which means “Beauty Goddess” is his most-favoured song, which has also been covered by many other singers.

Masoumeh Dadehbala, also known by her stage name “Hayedeh” is one of the most popular Iranian female traditional and pop vocalists of the 20th century.

She was born in 1942 in Tehran, Iran and was highly active for about two decades until she passed away in 1990. She is one of the many singers who left Iran at the time of the 1979 revolution and continued singing in exile. Her songs are so popular among Iranian people, even the younger generation who has never seen her.

Soghati which literary means “Souvenir” in Persian, is one of her most-played songs released in 1977.

Ebrahim Hamedi, known as Ebi, is an Iranian pop vocalist born in 1949, Tehran. He is nicknamed “Master of Voice” by his fans because of his marvellous voice and his brilliant artistic record. He is by far the most favoured pop male vocalist of Iran in the modern time.

Two years before the 1979 revolution, Ebi left Iran to hold a series of concerts in the United States and never came back to his country, yet he continued singing outside Iran. Many of his most-listened tracks are those produced in exile, like Ghesseyeh Eshgh which literary means “The Love Story” and was released in 1986. 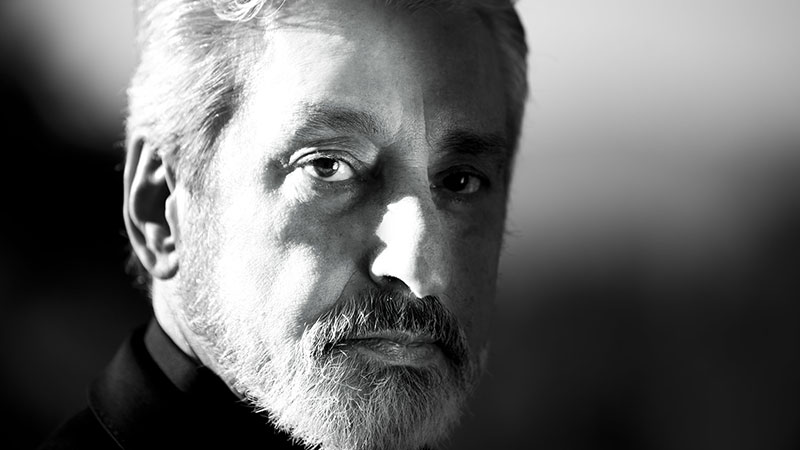 No other Iranian female singer can claim that she was more popular than Googoosh during the 1970s. Faegheh Atashin, known as Googoosh is a Persian Diva, TV Presenter and Actress born in 1950, in Tehran, Iran. She appeared in her first movie when she was seven years old that became the beginning of her age-long professional career. Her fame and success reached its climax in the 1970s when she was the female star of cinema, the popular TV presenter, the pop music diva and also the fashion role-model for Iranian women.

By the occurrence of the Islamic revolution in 1979, Googoosh was banned from working, but unlike the majority of the singers who left the country after the revolution, she did not. Googoosh stayed in Iran and gave up on singing for almost 20 years. It was in 2000 when she finally left her country and showed up on the stage, once again after nearly two decades of silence. Since then, she settled in Los Angeles, California and continued her singing profession. 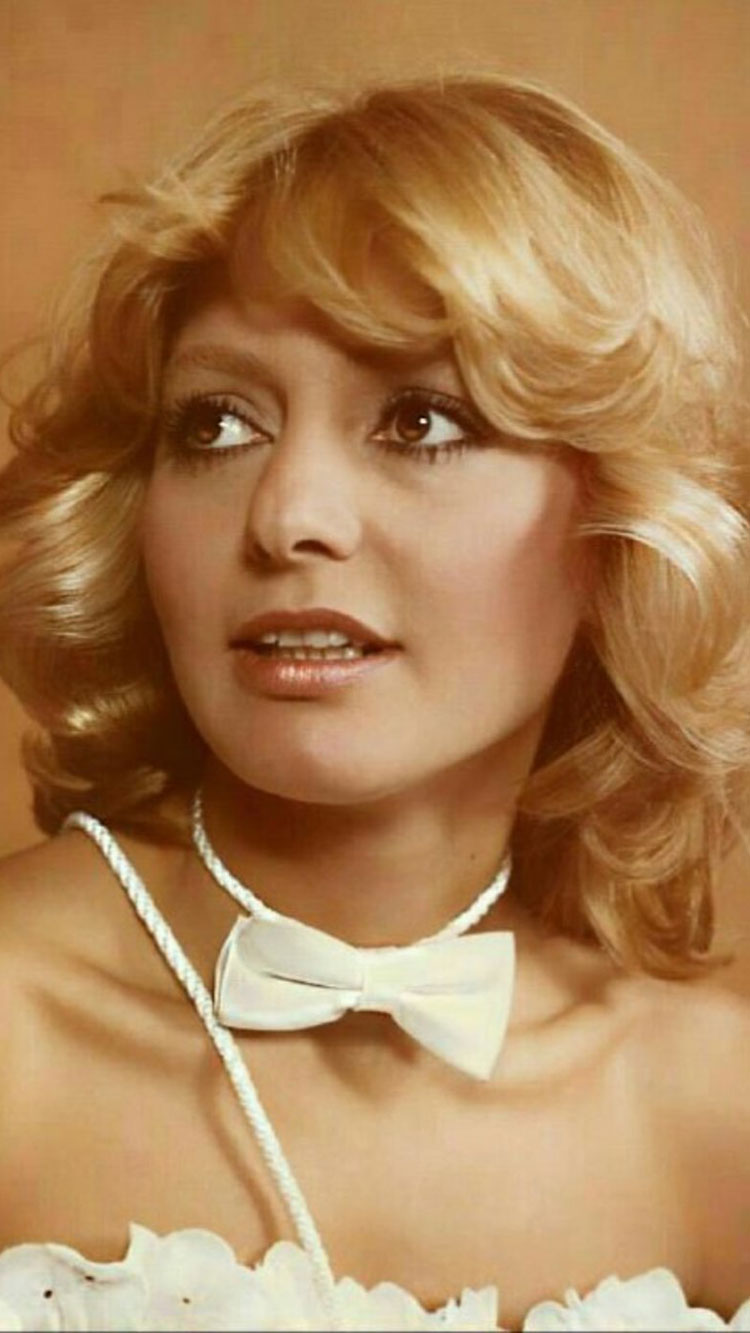 The mentioned track, Hamsafar, which means “Travel Companion” in Farsi is the soundtrack of one of her best-loved movies with the same title as the song.

Farhad Mehrad, was an Iranian Pop and Rock singer, songwriter and musician. Farhad was born in Tehran, Iran in 1944. He is one of the first musicians who showed interest in western music styles such as Rock & Roll and Pop and produced several successful songs that were fine compositions of Persian Music Style and Western Music Genres.

In addition to his great voice and excellent singing talent, he is most famous for writing and singing critical songs about social and political issues of Iran both before and after the 1979 revolution. Farhad left Iran after the Islamic revolution and passed away in 2002 in France. 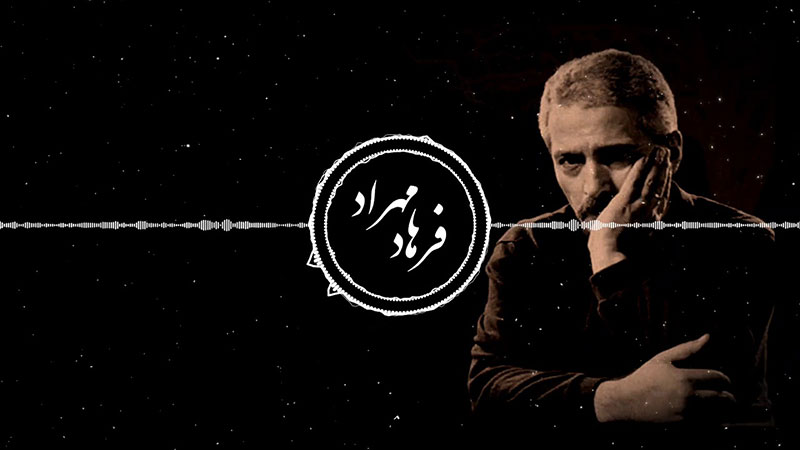 Mard-e-Tanha which means “Lonely Man” in Farsi, was released in 1970 and was the soundtrack of a prominent Iranian movie, named “Reza Motori” starring the famous Iranian actor, Behrouz Vossoughi.

Sima Bina, born in 1945, in Birjand, Khorasan, Iran. She is an Iranian Traditional-Folklore music vocalist, composer and researcher. She is referred to as the “Lady of Persian Folk Music” because of the great efforts she put into collecting, saving and reviving the precious heritage of Iranian Folklore Music during her life-long professional career including, lyrics and melodies from different regions of Iran in addition to a series of ethnic lullabies.

She has released several albums and performed Persian folksongs in various concerts and festivals all around the world until today, including Majnoon Naboudom (meaning “I was not insane” in Farsi), which is originally a Khorasani folklore song. 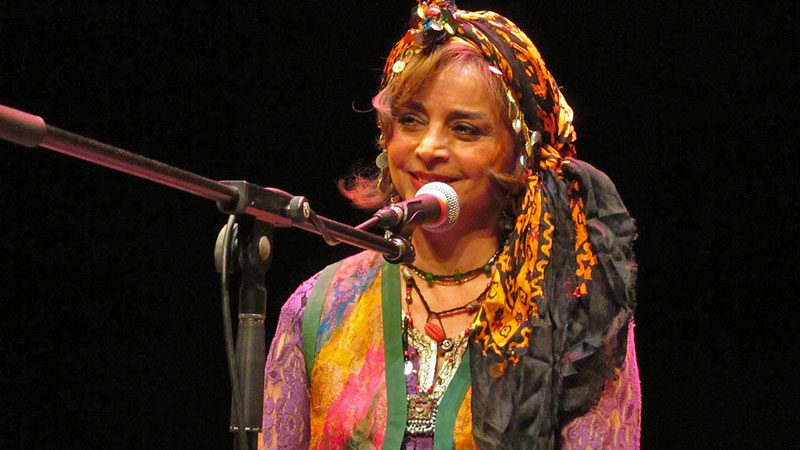 One of the successful singers, songwriters and composers of Iran, after the 1979 revolution. Mohsen Namjoo was born in 1976, Torbat-e-Jam, Iran. He is of high popularity among the young generation, mostly those who were born after the 1979 revolution and during the eight years of war, since Mohsen’s music and songs are mainly about this generation’s life, issues, sorrows and sufferings. He is the voice of the post-revolutionary generation.

Mohsen is famous for his unique music style, which is a mixture of Western music genres such as Jazz, Rock and Blues with the Persian Traditional and Folk Music. The lyrics of his songs also have the same theme as he blends Persian Classical poetry with modern poetry, many written by himself.

Toranj (meaning Bergamot in Farsi) is a track from an album with the same title released in 2007. 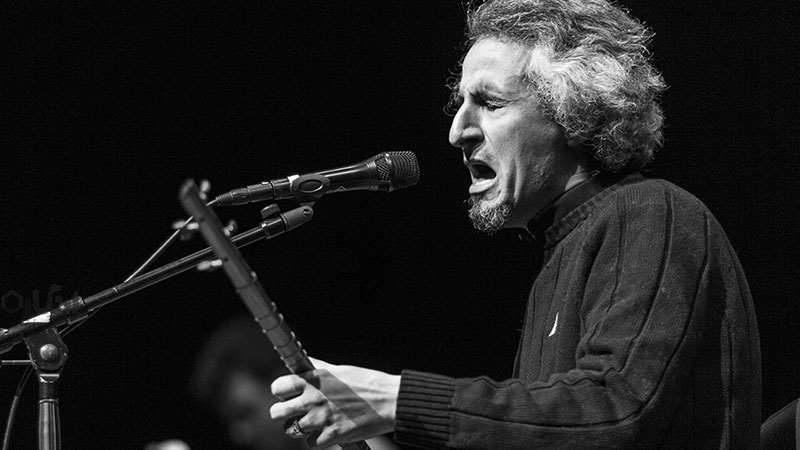 Homayoun is a widely celebrated young Iranian Classical Music vocalist and composer. He is also Maestro Mohammad Reza Shajarian’s eldest son. He was born in Mashhad, Iran in 1975 and started learning Persian Classical Music techniques under his father’s and other significant music master’s supervision when he was only five years old.

Other than singing and composing classical music, he is also known for being innovative and adding a new taste to the Traditional Persian Music by combining it with Western styles such as Rock and Pop which was welcomed by the younger generation. The mentioned song, Hameh Hicham (translated as Beyond Any Form) is from one of his most-played albums, titled “Na Fereshte’ am Na Sheytan” (meaning Neither an Angle Nor the Devil in Farsi) released in 2014. The music of this album is inspired by both the Persian Traditional music and World music genres. 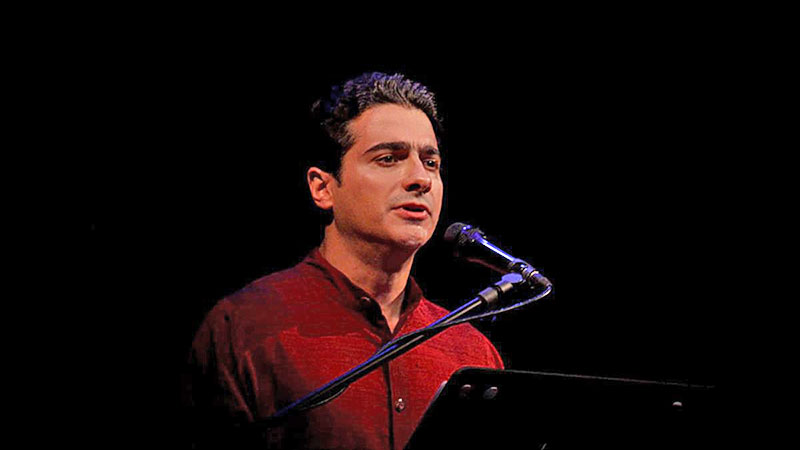 Dariush Rafiee was an Iranian Classical Music singer, born in 1928 in Bam, Iran. When he was still a student, he left Bam for Tehran to pursue his love of music. Since he showed great talent, he could soon collaborate with great musicians of his time. Many believe that he could have been one of the greatest singers of the 20th century if he had not passed away at a young age (31 years old). Although he did not live long, he left many beautiful songs such as the mentioned track, Shab-e Entezar which literary means “The Waiting Night” in Farsi.

Simin Ghanem is an Iranian pop singer, born in 1944 in Tonekabon, Iran. She studied music under the supervision of Iranian music masters and started working officially as a singer in 1962. She is best known for her love songs, including Gol-e Golden which in Farsi means “My Flower in the Vase”. Like many other female singers, Simin was also banned from working after the 1979 revolution. Yet, during the years after the revolution, she could hold few concerts in Tehran, only for female audiences. The tradition of Persian music dates back to many centuries ago, and plenty of instruments have been created in Persia