The Iranian Film Industry started in 1932 by the screening of Lor Girl (Dokhtar-e Lor in Farsi), the first Iranian sound film produced in the Persian language. Since then, the popularity of cinema highly increased among Iranians. Several cinema halls were built in the country, and watching movies became an inseparable part of Persian people lives.

The first productions of Iranian cinema were mostly entertaining romance, action and comedy movies favoured amongst the general public. However, a new wave of film making started around 1964 in Iran that led to the creation of more creative and meaningful movies. By the occurrence of the Islamic revolution in 1979, the evolution of Iranian cinema shortly paused, mainly because of the significant changes in the country’s social and political status. Despite the severe restrictions applied to the film production principles after the revolution, the Iranian film industry did not decline and soon adapted to the new situation. Several worldly-known Persian movies are the production of the post-revolutionary era.

“The Cow” is considered as the first movie of the New Wave of Iranian Cinema starring Ezzatollah Entezami, as Mashdi Hassan. Hassan, an old villager, owns a cow that is so dear to him, both economically and emotionally, as it is his most valuable property. Once, while Hassan is away, the cow suddenly dies. His fellow villagers try to hide the evidence and tell Hassan that the cow has wandered off. Yet, he does not believe it and this loss drives him insane to the point that he thinks he is the cow and starts acting like a cow. 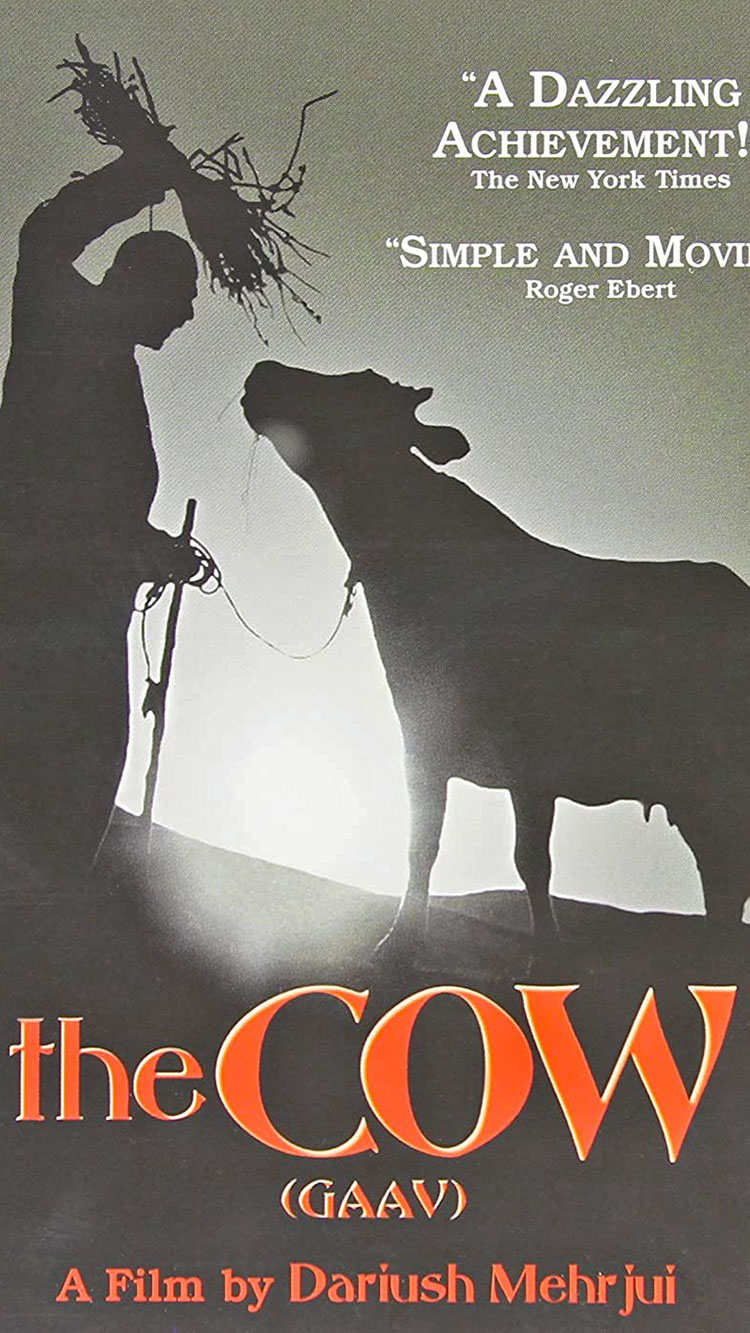 When Gheisar returns home from a long trip, he finds out that his sister (Fati) committed suicide as she was raped and his older brother (Farman) was murdered in a confrontation with the rapist. Full of rage, Gheisar decides to take his siblings' revenge, a decision that gives rise to a series of tragic incidents. Gheisar is indeed one of the first movies in the Iranian Cinema to talk about social issues such as crime, rape and family honour. Behrouz Vossoughi, Pouri Banaei and Jamshid Mashayekhi are some of the film’s notable stars. 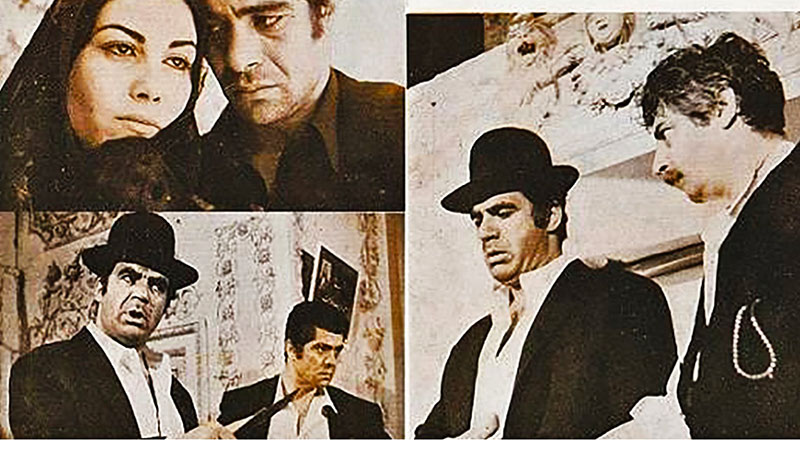 Bashu, a young boy from Southern Iran, runs away from his hometown as he witnessed all of his family members’ death during the Iran-Iraq war. He finds his way to a village in Northern Iran. There he meets a kind rural woman (Naii), who saves Bashu and takes him to her home. He is considered a total stranger among the villagers since he does not know their language and even has a different appearance. But Naii affectionately tries to communicate with Bashu to the extent that he becomes a part of her family. This movie is an emotional narration of war, displacement, ethnic difference and racial acceptance starring Sousan Taslimi as Naii. 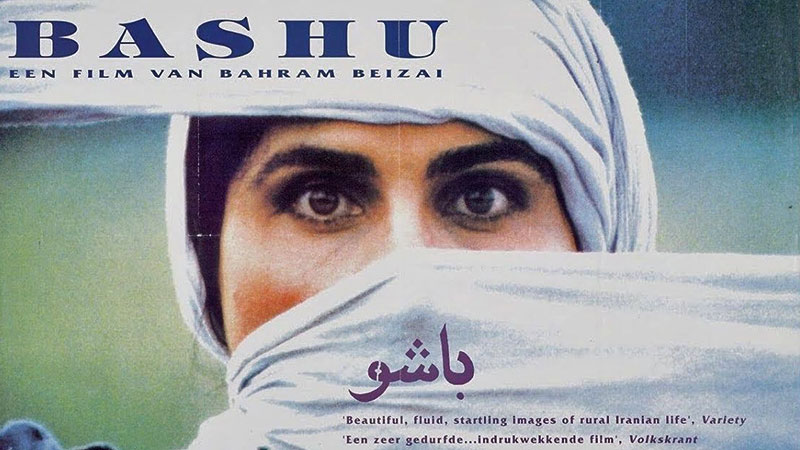 An old woman who lives in a nursing house calls her six children to take her back to her home. Since she wants to prepare herself for her passing away and arrange her funeral ceremony as she wishes. The mother’s return to the house gathers the children together, revives their childhood memories and brings love back to the family. The film stars some prominent actors such as Roghayeh Chehreh Azad, Mohammad Ali Keshavarz and Amin Tarokh. 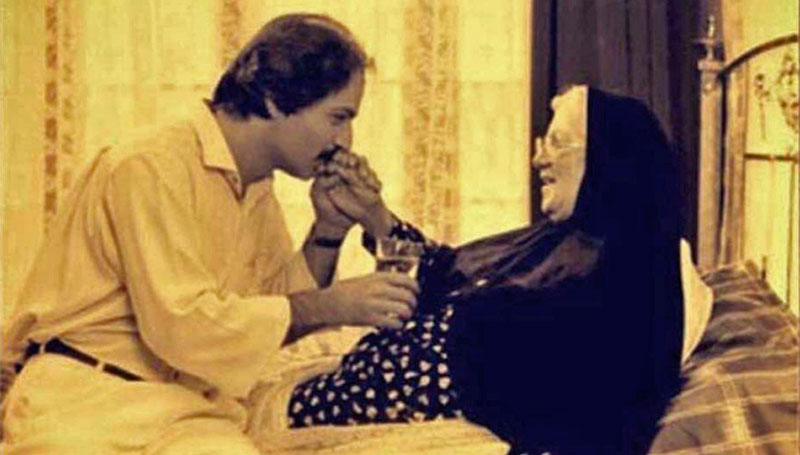 Hamoun, a middle-class intellectual man, marries Mahshid who is an artist (painter) from a wealthy family. After seven years of marriage, Mahshid feels frustrated and held back in her career since she married Hamoun, so she asks for a divorce. Hamoun, who is struggling to complete his PhD, is hardly shocked when he learns his wife does not love him anymore. In a series of dreams and flashbacks, he tries to figure out what has gone wrong in his life that even leads him to commit some insane acts such as trying to kill his wife or drowning himself in the sea. The film stars Khosrow Shakibayi as hamoun and is compared to Federico Fellini’s works because of having dream-like sequences. 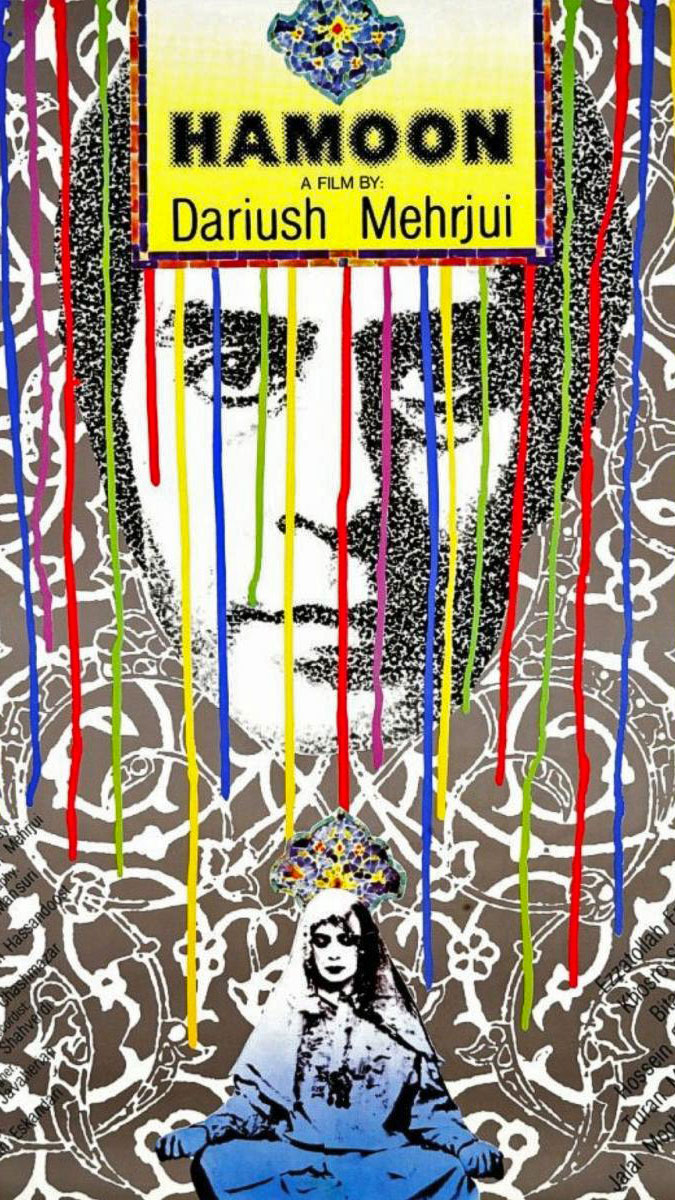 Saeed, a young injured veteran who has lost his eye-sight during the Iran-Iraq war, is sent to Germany for treatment. There, he meets his sister (Leila) who has been long married to a German man and lives in Cologne. The story revolves around the struggles of the siblings to reconnect in a foreign land, and the necessary surgery that might change Saeed’s life. Moreover, the movie discusses the destructive emotional and physical impacts of war on humans. 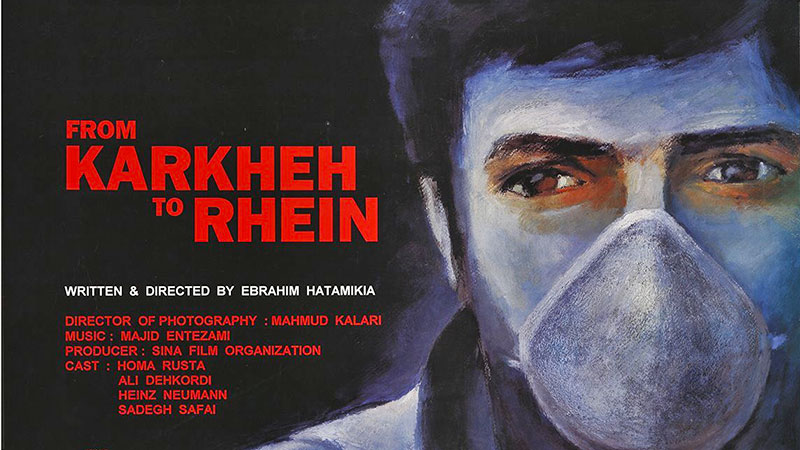 The 71st Academy Awards Nominee for The Best Foreign Language Film of the Year, “Children of Heaven” is the story of a boy from a poor family, who loses his sister’s (Zahra) only pair of shoes. Since the family cannot afford to buy a new pair, the siblings decide not to tell anything to their parents and share Ali’s shoes until they find a solution. Ali goes through a series of failed adventures to find Zahra’s shoes until one day that he finds out there is a footrace at his school, in which the third-place prize is a pair of sneakers, so he decides to take part in the race. The film is full of emotional scenes and pure lessons of kindness and empathy. 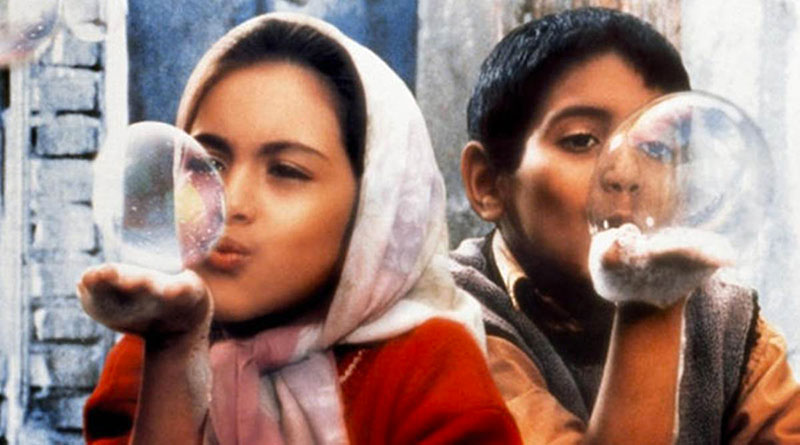 The winner of Palme d'Or prize of Cannes Film Festival (1997) produced by the worldly celebrated Iranian director. The film minimally narrates the story of Mr Badii, a middle-aged man who wants to commit suicide and drives around the outskirts of Tehran in search of someone who would accept (in exchange of a good deal of money) to bury his corps after he is dead. Throughout his search for the perfect candidate, he meets people from different walks of life: a soldier, a seminarian and a museum taxidermist. The insightful conversations exchanged between Mr Badii and these three men forms the structure of the movie. It is a simple yet meaningful fable about Life and Death. Homayoun Ershadi stars as Mr Badii. 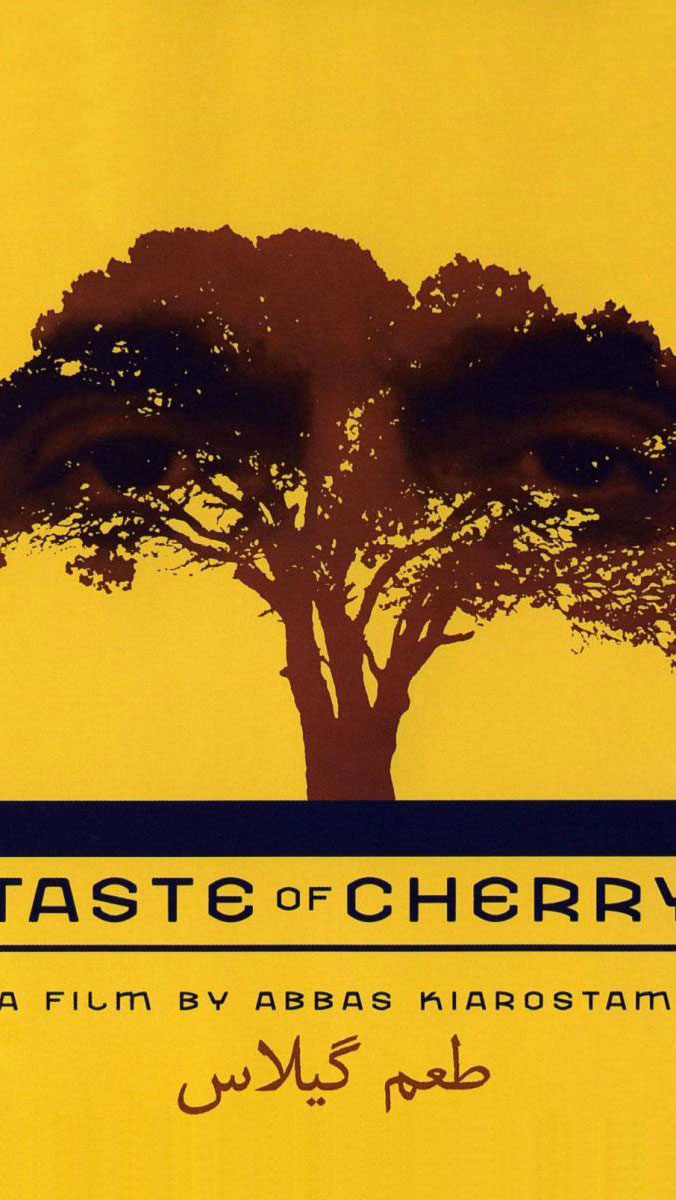 A Japanese designer wants to have a custom woven Persian carpet to take part in a splendid Art Festival held in her hometown, Takayama. Through her husband’s business in Iran, she orders skilled carpet weavers in Isfahan to make her the unique carpet. However, she suddenly dies before the rug is ready. Hence, her husband and daughter decide to travel to Iran and finish her project. On their trip to Isfahan, they come across many odd yet beautiful cultural differences and attractions. The movie is a co-production of the cinema of Iran and Japan. 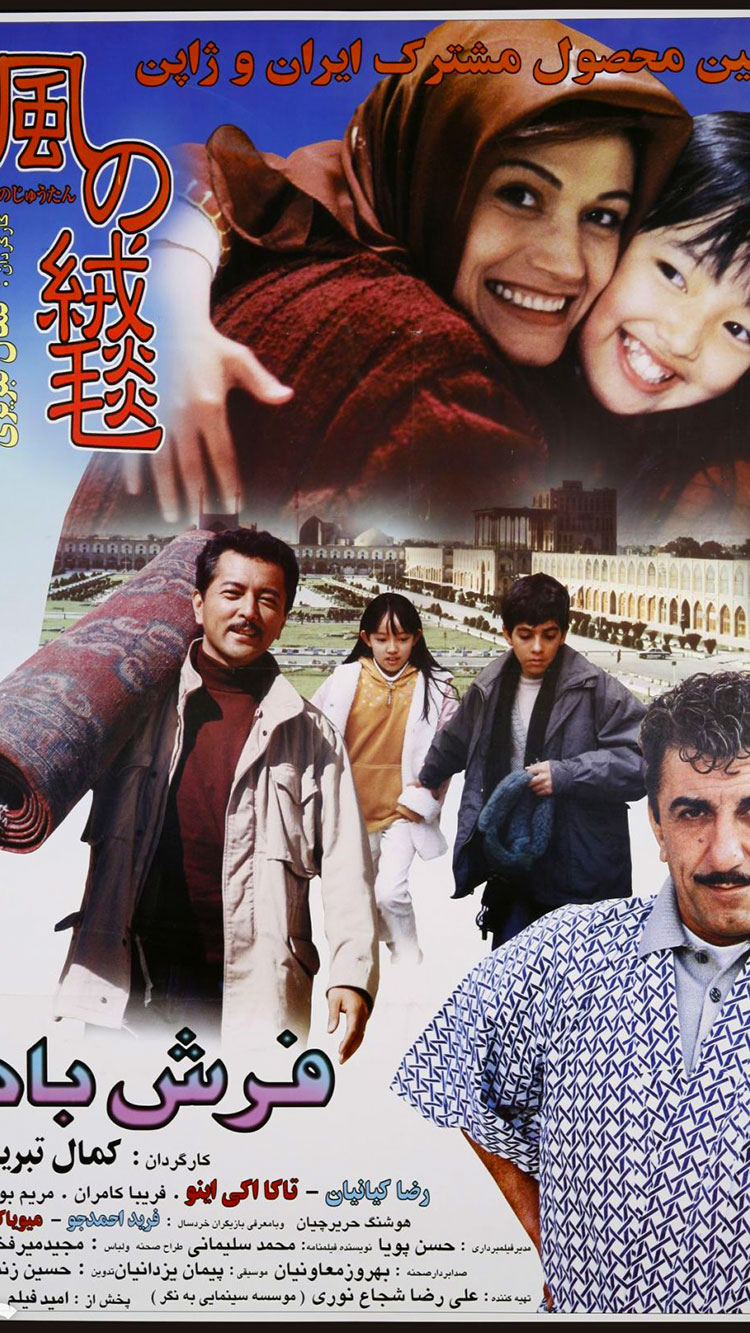 “A Separation” is a globally admired movie and the winner of many international awards including the Oscars and Golden Globe. The film explores the life of a married couple who are faced with a challenging situation. Simin wants to immigrate to Canada to build a better future for their daughter. At the same time, Nader is worried about his Alzheimer-suffering father, whom he cannot leave alone. Since they do not come to a common point, Simin requests a divorce and leaves the house, meanwhile, Nader hires a caregiver (Raziyeh) to help him with taking care of his father in the absence of Simin. Soon Nader finds out things are not going well, as Raziyeh quits her work at the end of the first day. The film skillfully investigates common cultural issues in contemporary Iran such as gender equality, social class differences and family honour. It stars many renowned actors like Laila Hatam, Payman Maadi and Shahab Hosseini. 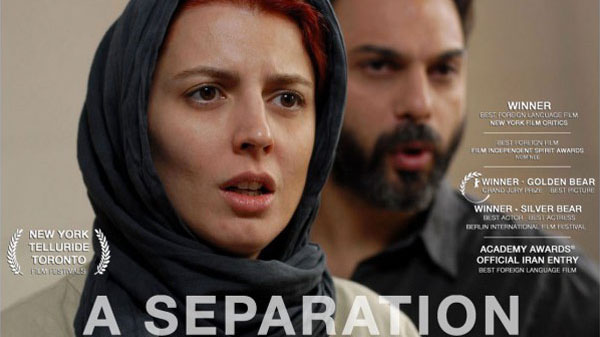 The story takes place in a traditional household in Yazd city, Iran. All the family members have got together to prepare for Pasandideh’s wedding, the youngest daughter in the house. Many guests have come, including Pasandideh’s sisters with their husbands whom their reunion gives rise to some troubles. Apart from exciting narration and great acting, the film presents bright and beautiful images of traditional Iranian lifestyle. 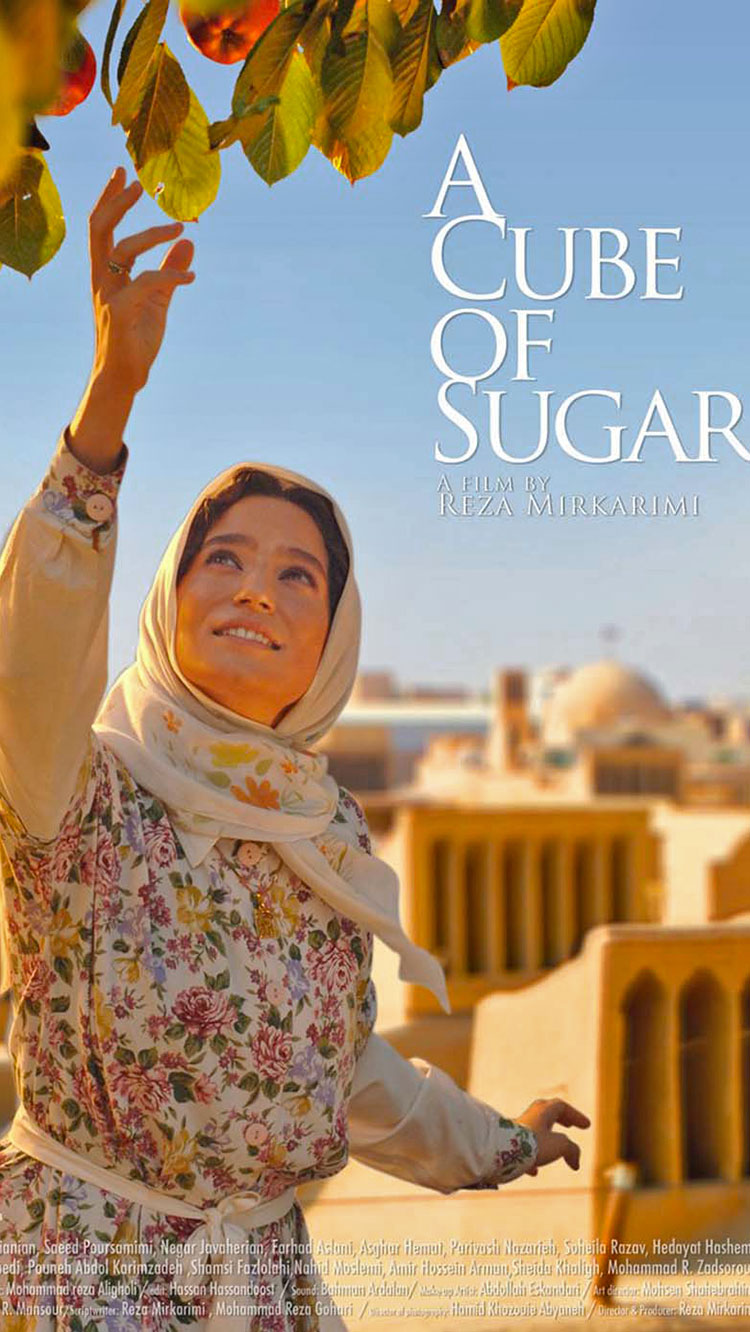 An Iranian-born woman, named Farideh was adopted and taken to the Netherlands by a Dutch couple around 40 years ago. Now she returns to Iran in search of her biological parents as well as her Iranian identity. The film which is based on a true story has been internationally appreciated, nominated for several prizes and won some as well, including Los Angeles Film Awards. 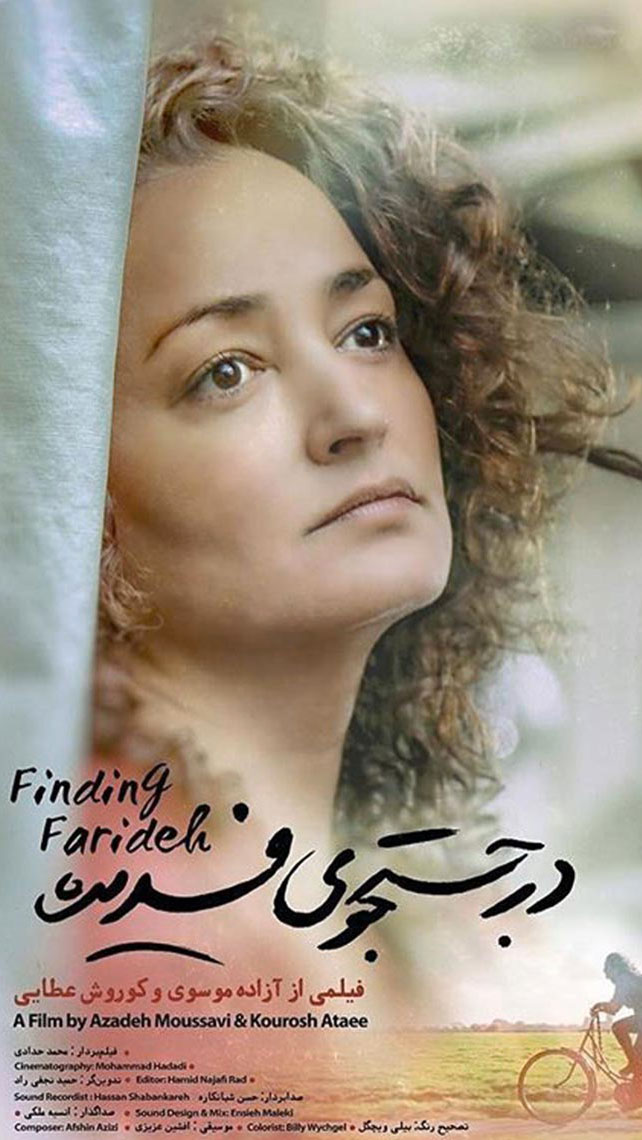