The documentary is a unique genre giving you a more realistic, detailed point of view. It takes your hand and shows you the other sides of phenomena, to have a better understanding of the content. Iran, this wonderful land and its rich culture have been the subject of many great documentaries.

In 1905, five years after the invention of the cinematograph, Ebrahim Khan Akkasbashi, the official photographer of the Qajar court bought a cinematograph for Mozaffar ad-Din Shah Qajar, the fifth Qajar king of Persia. He started shooting the king while riding his horse or walking in the palace with clowns or filming the religious or national ceremonies.

Filmmakers from western countries and the Soviet Union made numerous documentary films in Iran during and after World War II which had influenced the Iranian documentaries. During the 1950s to mid-1970s, the first Iranian coloured documentary and lots of other interesting documentaries were produced. Some of them were internationally praised and awarded in different prestigious festivals. 'The Dawn of Jedi' in Cannes Film Festival (1963), 'A Fire' in Venice & San Fransisco Festivals (the 1960s) or 'The House is Black' by Forough Farrokhzad, for instance, earned great acclaims.

Since then documentary genre established its bases in the Iranian Cinema. Today, 20 different film festivals are held in Iran and most of them have a documentary section. Iranian filmmakers and Iranian documentaries are also appraised around the world.

If you are keen to understand untold details about culture, history, and society of Iran within the context of films, we have listed insightful documentaries about this iconic country.

Carpet weaving is an ancient handicraft in Iran. Persian carpets are well known in the world for their delicate patterns and vivid colours.

"The Poot" is an Iranian medium-length documentary shows the whole traditional process of producing carpets by hands. The director, Elham Asadi, used magical pictures, an international language to reveal the secrets of this magnificent handicraft without using any dialogue.

This 42-minute documentary produced in 2009, brought several prizes for Asadi among them are Amsterdam International Documentary Films Festival (2009), the Jury Award at Full Frame Documentary Film Festival in Durham, USA (2010).

The Grass is the first ethnographic documentary produced in 1925 which depicts the lifestyle of the Iranian nomads. The team of Ernest Schoedsack and Merian C Cooper, the King Kong’s Producers, accompanied a Bakhtiari tribe with 50.000 fellows and numerous livestock on their six-day kooch across the raging rivers and over the highest peak of the Zagros Mountains in hope of finding green grazing fields.

The 110-minutes silent film shows the difficulties of annual migration from winter to summer pastures. The Grass was selected for preservation in the United States National Film Registry by the Library of Congress in 1997 as being "culturally, historically, and aesthetically significant".

Touran Khanom is a 90-minute biography documentary about Touran Mirhadi, the mother of modern pedagogy and the pre-eminent architect of childhood institution in Iran.

As a Sorbonne graduated in Educational Psychology and the founder of the Children's Book Council, Farhad School (an independent, progressive institution), and the Encyclopedia for Young People, she deeply believed in cultivating peace during childhood and tried her best for child training development and education in Iran.

Directed by Rakhshan Banietemad and Mojtaba Mirtahmasb in 2018, this documentary shows the last four years of Mirhadi's life and how this groundbreaking 89-year-old lady stove for child education. 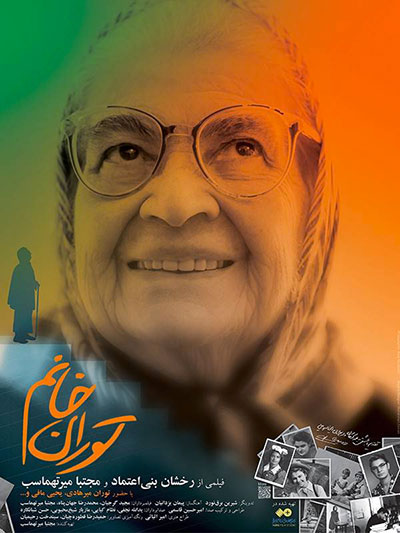 Along the coastline of the Persian Gulf, where the sea connects different lands, traditions are intertwined. In the south of Iran, traces of Indian, African and Arabic cultures are evident in rituals and customs.

Naser Taghvaei recorded one of these fascinating but absurd traditions in 1969. In his quest to show the cultural diversities in the southern parts of Iran, Bad-e- Jen or the Wind of Jiin represents the local ritual of Zaar, a strange legacy of Africans who once migrated to the south of Iran and now called Afro-Iranians.

When the evil possessed a person’s body, it made him sick and the sick person from the wind of Jiin or Zaar does not get better with medicines or doctors’ treatment! In this case, Mamma Zaar or Babba Zaar are the only ones who can help the sick person to get rid of evil spirit with a specific treatment. This traditional treatment is accompanied by special rhythms and dance-like moves. 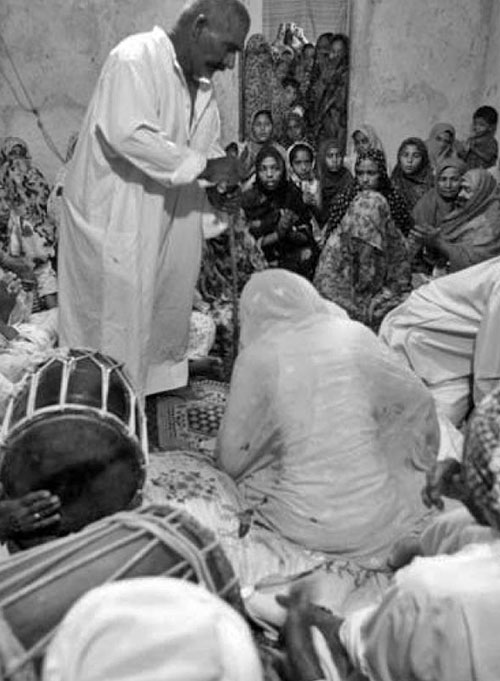 Finding Farideh is about an Iranian girl adopted by a Dutch family after being abandoned in Imam Reza Shrine, in Mashhad, Iran when she was a 6-month baby. Now, after 40 years and lots of remote searches, she travels to Iran to find her biological parents among three probable cases. Finding Farideh takes you to the hidden layers of the ordinary Iranian families and reveals the purest emotions.

This 88-minute documentary directed by Kourosh Ataee and Azadeh Moussavi in 2017 was selected as the Iranian entry for the Best International Feature Film at the 92nd Academy Awards and won several awards at Iran International Documentary Film Festival, Cinema Verite (2017) for the best edit, the best music, the best art and experiment film and the special prize of the festival. 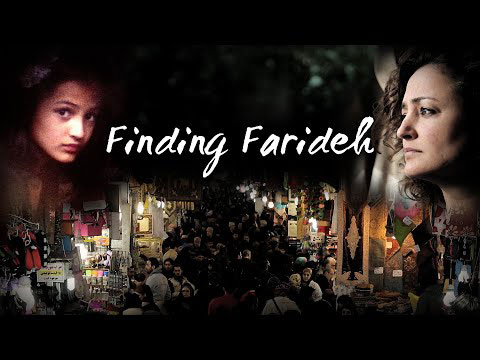 If you are into the food culture of a place then go for Iran episode of Parts Unknown. Chef Anthony Bourdain and his team made food and dining rituals a good reason to adventure around the globe. Parts Unknown as a prestigious reality series won twelve Primetime Emmy Awards and a Peabody Award in 2013.

In 2014 in the context of the 6th episode of the 4th season, Anthony’s team travelled to Iran to discover lesser-known food cultures and celebrate diversities in this huge iconic destination. While enjoying the rich culinary culture and diversity of foods in Iran, Bourdain saw a real face of Iranian lifestyle by spending time with locals and accepting their invitation to dine at their homes. He gave a completely different picture of people and places in Iran than what propagandized by Western media in a 43-minute episode. 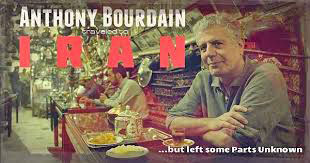 Takht-e Soleiman literally means 'Throne of Solomon' is an archaeological Iran UNESCO heritage site, located beside a lake on top of volcanic mountains in the Northwest of Iran. This place is bound with secrets and mythical stories.

Mysteries of the Lake is about exploring this mysterious lake for the first time in 2018. In 70 minutes, Armin Isarian tells the legendary stories and reveals secrets about this enigmatic historical place that keeps viewers glued to the screen.

The 5th Phoenix Film Festival Melbourne in Australia gave the award for the Best Documentary Film to this film. Mysteries of the Lake also grabbed Trophy, Diploma of Honour and Cash Prize for Best Film & Best Research in the 9th Varesh International Film Festival (VIFF).

Watch the trailer of Mysteries of the lake Here

Music has a vivid presence in Iranian culture. Specifically, it has been a part of religious ceremonies both before the advent of Islam in Zoroastrianism rituals and after it in mysticism or in Tazieh, and many religious rituals.

Tanbur (lute) is an ancient musical instrument which was common since the Sassanid era in Iran. Playing Tanbur has a special role in the mystical rituals of Ahl-e Haqq or The Yarsan followers. Introducing Tanbur and telling interesting stories about the life of the oldest Tanbur master, "Song of God" familiarizes you with beliefs and divine manifestation of the Yarsans.

"The Song of God" is a 60-minute film about the journey of the filmmaker, Aref Mohammadi to the Iranian Kurdistan in the west of Iran after hearing the great master of Yarasni Tanburist had died at the age of 120. 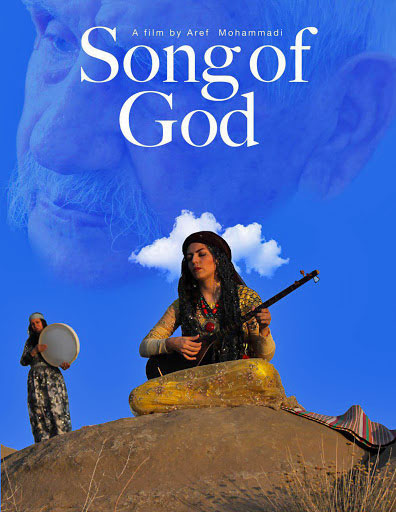 Fascinated by nature and wildlife? Sheltered in oaks is the story of Iranian squirrel living in the age-old oak forests in the west of Iran. This 55-minute film depicts the challenges of these small gnawers and their permanent struggle for fighting both natural threats and human dangers for survival.

Crossroads of Civilization is a documentary series produced by David Paradine Films in 1977. This seven-part documentary is dedicated to the rich history of Iran. It takes you back in time, a journey through history and reconstructs historical events based on archaeological documents. It also gives a precise picture of the Persian Empire for three thousand years. Starting with the glorious Achaemenid Empire founded by Cyrus the Great, retelling the stories of the invasion of the Mongols and the Arabs to Iran ends with the ruling time of Reza Shah Pahlavi and the modern face of Iran.

Shah Abbas, the great Safavid King, announced Shia Islam as the official religion in Iran in the 17th century. Since then rituals and ceremonies held largely across the country as a definition of Shia communal identity.

Arbaeen is one of them, a ceremony mourning for the martyrdom of Imam Hossein, the grandson of Prophet Mohammad. The film Arbaeen shows this Shi'ism ritual in the south of Iran.

"During the mourning ceremony in Bushehr, deep emotions are expressed in the calmest and most beautiful form," said Nasser Taghvaei, the New Wave director who made this documentary in 1970.

In this short documentary (20 minutes) Taghvaei depicted unique images of a passionate grief ceremony in a mosque in Bushehr. This film is a precious document of a remarkable old Shia religious ritual with the amazing songs and laments of the famous local lamenter, Bakhshoo.

The “Alone through Iran” or "1144 Miles of Trust” is about a 45-year-old Swedish woman, named Kristina Paltén running alone across Iran, in 2015. She chose Iran for her running project to challenge her fears and prejudices against Iran and Muslims.

This ultra-runner ran alone for about 1.840 KMS or 1144 miles in 58 days. Only for 8 days, she had the company of Andre Larsson, the director who asked Kristina for making a film once he had heard about this unusual adventure. During an hour, you can see what Kristina had faced in Iran and became the first woman ever running across this country.

Watch the trailer of document Here 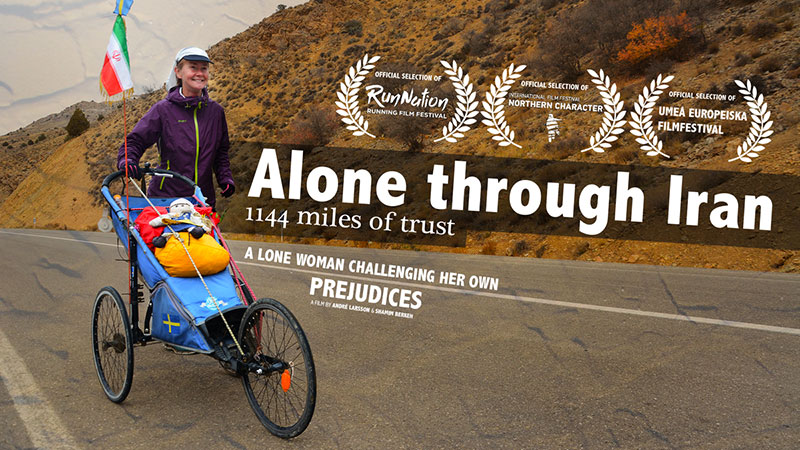 Iran benefits from a four-season climate